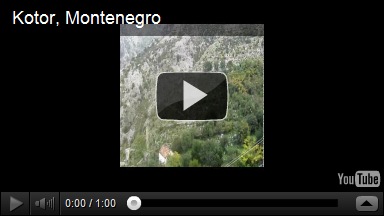 Read more »
Posted by Mark at 5:53 PM No comments: Links to this post Read more »
Posted by Mark at 5:50 AM No comments: Links to this post Read more »
Posted by Mark at 8:28 AM No comments: Links to this post Read more »
Posted by Mark at 4:43 PM No comments: Links to this post Read more »
Posted by Mark at 1:44 PM No comments: Links to this post

So, I may have stopped publishing for a while, but I didn’t stop writing.  Years go by quickly, alas.

I finished the "My Brilliant Brain" series. It confirmed what I already concluded long ago. There was a chess grandmaster that recognized games the same way most recognize faces. The fusiform "face recognition" area was equally active. I always assumed that things are more generalized and it's just specific training. I bet language involves similar intuition abilities in the auditory area, and that musical virtuosos have lots of overlap with language. I think Skinner was partially right, but it's not direct copies of input, but rather the intuitive sense of correctness and incorrectness that results from combinations of input. There is a critical period for everything. I have similar intuition about computers, but I wonder where it's manifested. The same is undoubtedly true for spelling: my voracious reading was certainly responsible for all that. It's the same with everything, what patterns have you been exposed and paid attention to, and how it gives you "intuition" which is simply the predictive activation framework described in On Intelligence. All this was exposited in Blink to some degree.

Anyway I theorized that prosopagnosia (face-blindness) is a general defect of visual gestalt. Sure enough:

A patient with severe, lasting prosopagnosia could not get an immediate overview of a face sufficiently specific for successful identification. He also failed completely in tasks of visual closure despite adequate performances on numerous other tests of visual perception and memory. We conclude that prosopagnosia represents a loss of visual “configural processing”—a learned skill enabling immediate identification of individual members of a class without conscious visuospatial analysis or remembering. Prosopagnosia and agnosic alexia represent two distinct defects of configural processing: Alexics cannot identify items with distinctive features that are themselves identifiable. Prosopagnosics cannot identify objects whose critical distinguishing features have no independent identities.

Posted by Mark at 2:54 PM No comments: Links to this post